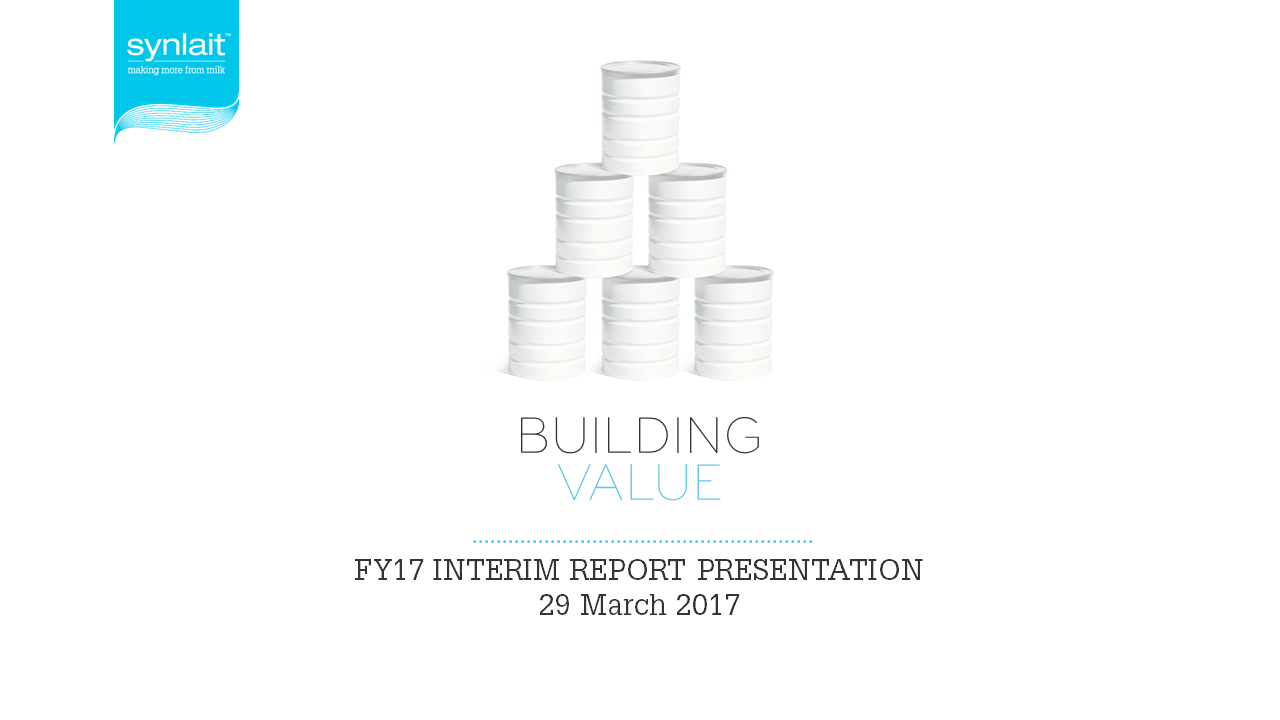 Synlait’s Chairman, Graeme Milne, said the company has made good progress towards its strategy in the first half (H1 FY17) of the financial year ending 31 July 2017.

“Strong sales growth has driven an improvement in our earnings for H1 FY17. Our gross margin is $43.7 million, $2.0 million higher than in H1 FY16, mainly due to higher volumes of canned infant formula,” said Mr Milne.

Mr Milne points out increased investment in people and business development has largely offset the increase in earnings.

“As we have prepared for our next phase of growth, we have built our team and balance sheet strength.”

Synlait has also decreased net debt from $292 million to $147 million, driven by operational cash flow and the $97.6 million of new equity raised from its rights issue in October 2016.

“We have seen our infant formula business return to strong growth since 31 January and expect this to continue into FY18. We believe this will generate a modest profit improvement on our FY16 result.”

Investment in a second wet mix facility is underway to double the infant formula base powder capacity of Synlait’s Dunsandel site to 80,000 metric tonnes (MT) by November 2017.

“Building our team and balance sheet has put us in a robust position to execute these new opportunities as they’re identified,” said Mr Penno.

Synlait’s FY17 Interim Report and accompanying presentation can be found at www.synlait.com/investors/.

For more information about Synlait, visit www.synlait.com or contact: