We’re 1000 down-to-earth, authentic people working together with 280+ milk suppliers to create the very best in milk nutrition for our global customers. Our disruptive, innovative spirit combined with resolute determination to do the right thing for
planet and people sets us apart.

Meet the team behind Synlait 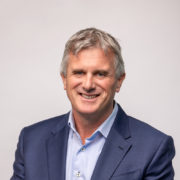 John co-founded the Synlait Group in 2000 and was a full-time executive for the Synlait Group from 2006 to 2018. As CEO of Synlait, John was responsible for setting the strategic direction of the company and supporting management to perform against the strategy. In November 2018 John was appointed as a Board Appointed Director of Synlait. As Managing Director, he contributed to the governance of Synlait. In May 2021 he was appointed Acting CEO and held that position until January 2022 when he stepped into the role of  Chair.
John chairs the Pure Food Co. Limited and is a Director of Okuora Holdings Limited, Thorndale Dairies Limited and Leaft Foods Limited. He is also Chair of the Fresh Water Leaders Group reporting to Ministers Parker and O’Connor.
In 2009, John received an emerging leader’s award from the Sir Peter Blake Trust and the Excellence in Leadership award at the 2015 New Zealand International Business Awards. 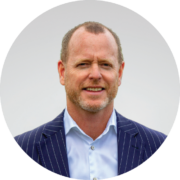 Grant joined Synlait as CEO in January 2022. He was previously CEO of dairy company, Miraka. Prior to Miraka, Grant spent 10 years at Fonterra where he held several senior roles including Director of Global Foodservice, Managing Director of Tip Top, and Director of Route and Foodservice Fonterra Brands New Zealand. Prior to Fonterra, Grant built his executive career at McDonalds New Zealand to become Chief Operating Officer. He has also held several governance and directorship roles for private and publicly listed companies. 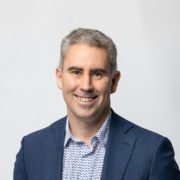 Robert joined Synlait in 2007. He held several senior roles in the finance, business transformation and supply chain teams before being appointed General Manager, Supply Chain in 2017. He took on the role of CFO in May 2021. Prior to joining Synlait, Robert held senior finance positions in New Zealand and the UK at Duns Limited, Transport for London, PlaneStation Group, Royal Sun Alliance, and Liberty Syndicates. Robert was the recipient of a Prime Ministers scholarship in 2017 to study the Advanced Management Program at INSEAD in France and is a member of the Chartered Accountants Australia and New Zealand, Robert also holds a Bachelor of Commerce in accounting and a Graduate Diploma in finance from the University of Otago.

Meet the rest of the team

Synlait’s milk suppliers rank alongside our customers as our most important business partners. If you share our passion for dairy, commitment to quality and a desire to take your business to the next level, supplying Synlait is the right decision.

Synlait was founded to ensure that global consumers were able to access some of the best that New Zealand dairying had to offer. It’s all about partnering people who are passionate about business excellence, integrity and quality of product, with top quality milk and farming practices. That’s where the name Synlait comes from – Synergy and Milk. 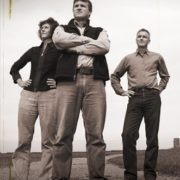 Our first farm was purchased and the Synlait dream began. Robindale Farm quickly grew to a 3,000 cow dairy farm and remains Synlait’s largest supplying farm to this day. 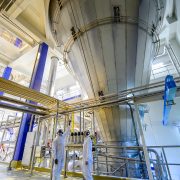 The first milk was processed on the 8 August 2008 in our brand new manufacturing plant. 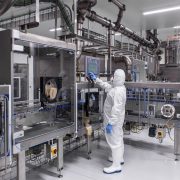 We acquired the Auckland-based New Zealand Dairy Company in May 2017 and commissioned a second state-of-the-art blending and consumer packaging facility there in November.

We have grown to operate across eight locations in New Zealand and China. Synlait Dunsandel is our homebase, our primary manufacturing facility and administration office. Synlait Auckland is our second blending and canning facility. Synlait Pokeno is our newest infant-capable site in the North Island. Synlait Palmerston North is our research and development centre based at Massey University. Synlait Christchurch is our satellite office for administration staff. Dairyworks is the newest member of the Synlait family based in Christchurch. Talbot Forest Cheese is our first cheese acquisition, based in Temuka, two hours south of Christchurch. Synlait China has teams in Shanghai and Beijing are focused on regulatory affairs, business development and sales.